Communications 101 According to Cherlisa: Back to the Basics 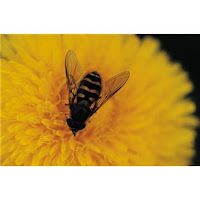 I’m always amazed when I see people use the ‘strong arm tactic’ when they want to get someone to do something.  It shocks me because in twenty years of doing business, one of the things I’ve always been successful in doing is getting people to do what I want them to do, WITHOUT strong arming them.  Now am I telling you that you will never have to be tough or make tough decisions?  Absolutely not!  However, what I do know for sure is this; you get more bees with honey.  If you treat people kindly, chances are you will gain an ally and be able to get them to do most anything for you.  That’s Communications 101 according to Cherlisa.  It makes sense.  Aren’t we taught growing up that you do unto others as you would have them do unto you?  Well, coming from someone that was taught that way, I’ll tell you, it works in business as well as the real world.
When you look at organizations that are successful with outstanding attendance and have the most loyal and healthy employees, you’ll find that the way they treat their employees have everything to do with it.  You see?  That’s an example of that; you get more bees with honey concept.  On another note, people thought that Tony Dungy, former coach of The Indianapolis Colts, was too soft.  They believed that his failure to scream, holler and use profanity hindered his success as a coach.  To his critic’s surprise, his meek yet powerful demeanor proved to work when he led the Colts to winning a Super Bowl Championship On February 4, 2007.  Now you might be saying, “Some of those coaches that scream, holler and curse have won Super Bowl Championships.”  To that I say, true, but there isn’t a coach past or present in the NFL that gets more respect and praise from players, co-workers and people all over the United States than Tony Dungy does.  He gets respect for the man he was on and off the field.  As a matter of fact, he still manages to make an impact on the world.  He has proven that you really do get more bees with honey.