Stand for Something or You’ll Fall for Anything 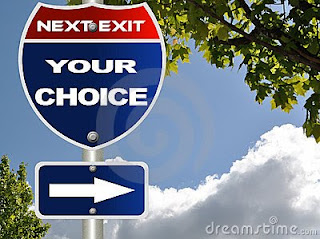 Have you ever wondered how people are able to witness things happen time and time again that are clearly wrong and do absolutely nothing about it? How can they do nothing and still look at themselves in the mirror? Frankly, when I see things that are wrong or unjust it gets under my skin. So how do people do it? Do they lack passion? Are they merely living and have no real purpose in life? Are they oblivious to what’s going on around them? What is it? I guess it is easy to just say, “Well, it doesn’t concern me” or “It doesn’t directly affect me” or “It takes too much energy to take a stand.” It takes a really strong and courageous person to stand up for what is right and be willing to fight in order to make a difference.

There was a time in our history when ordinary people didn’t think twice about standing for what they believed in. As a matter of fact, many of them were willing to die and several did while standing for what they believed in.
On December 1, 1955 in Montgomery, Alabama an unknown seamstress and member of the NAACP decided she wouldn’t fall for anything. She was on her way home from work and refused to give her seat up to a white passenger on a city bus. She was arrested and fined for violating a city ordinance. But it didn’t matter because on that day, Rosa Parks decided she was going to stand for something. Her act of bravery has been known to be the single event that sparked The Civil Rights Movement that eventually ended legal segregation in America.
In the 1900’s a man who became one of the most respected spiritual and political leaders helped free the Indian people from British rule through nonviolent resistance. He is honored by Indians as the father of the Indian Nation. His choice to stand for what he believed in didn’t stop there. Throughout his life he took other brave stands that changed the lives of others around the world. As a matter of fact, a young man who became the most known Civil Rights Leader of all times, Dr. Martin Luther King, Jr. patterned his movement of non-violence after him. Mahatma Gandhi refused to fall for anything. He took a stand and in return he changed the world.
Then there was a young woman that is remembered as a women’s rights leader but she also campaigned against slavery. Considering she was a Caucasian woman she could have said, “Slavery is not my problem. It doesn’t affect me.” But she didn’t. She was a passionate campaigner for abolition and women’s rights.
In spite of the law still prohibiting women the right to vote, in the 1872 presidential election in Rochester she cast a vote. She was arrested, convicted and fined. She never paid the fine and the case was carried no further. She refused to fall for anything. Although she died 14 years before women had the right to vote in 1920 and was never able to legally cast a vote, today all other women in the U.S. can vote because Susan B. Anthony stood for change. Congress honored her in 1979 by putting her portrait on a new one-dollar coin.
Today people in the Middle East are showing that taking a stand still works. Nearly a month ago after a 30 year reign, the Egyptian president, Hosni Mubarak, fled massive uprisings in the Egyptian capital when the people decided they no longer wanted to fall for a government that offered no freedom. Their protest only began after they observed the people of Tunisia take a stand. Their bravery has allowed them the possibility to have some of the basic freedoms we have, such as the ability to reflect views, freedom of assembly and democratic values. The whole idea of taking a stand has gone viral in the Middle East. Libya is now standing for change. The result there is yet to be seen. Nevertheless, they are fighting for what they believe in.
Here in the U.S. a Wisconsin protest has drawn thousands of workers who are fighting for union rights. Other states such as Ohio and Indiana are watching the example set by those in Wisconsin.
Are you standing for change or are you falling for anything? Are you still patronizing businesses that don’t respect you, the customer or that supports efforts that you are against? Do you look at other people’s children do wrong and say nothing because ‘they’re not your problem’? Do you stand by and see others treated unfairly and say nothing because you don’t want to put yourself in jeopardy? Ask yourself, are you part of the problem? If so, make a choice today to be part of the solution. If you remember nothing else I’ve written just remember that if you stand for nothing, you’ll fall for anything.
Until next time, I hope you have been encouraged, empowered, enriched and enlightened.